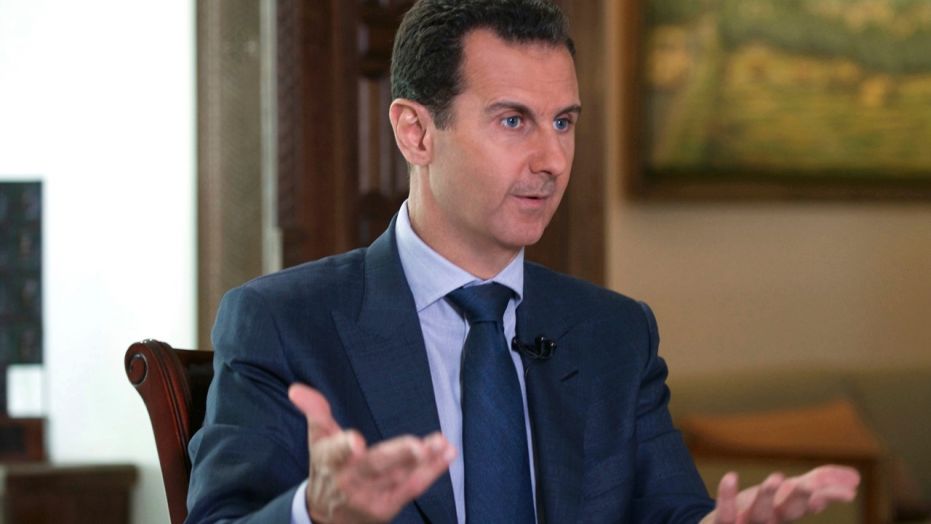 Airstrikes on Monday reportedly killed 14 people, including Iranians, at a military airport near the city of Homs shortly after a suspected chemical attack that killed at least 40 people in a suburb of the capital city, Damascus, over the weekend.

Rami Abdurrahman, who heads the Britain-based Syrian Observatory for Human Rights, says most of the 14 killed were either Iranians or members of Iran-backed groups

It was not immediately clear which country launched the strikes. The report on SANA said the attack on the T4 military airbase “is likely to be an American aggression.”

Saturday’s chemical attack unfolded in a rebel-held town near Damascus amid a resumed offensive by Syrian government forces after the collapse of a truce. Syrian activists, rescuers and medics said a poison gas attack in Douma killed at least 40 people, with families found suffocated in their houses and shelters. The reports could not immediately be independently verified.

Images released by the Syrian Civil Defense White Helmets, a volunteer organization, showed children lying on the ground motionless and foaming at the mouth. The Assad government denied responsibility.

On Sunday morning, Trump condemned the latest attack as “mindless,” referred to Assad as an “animal” and said Russian President Vladimir Putin was “responsible” for enabling the carnage.

The president also warned Russia and Iran that there would be a “big price to pay” for backing the Assad regime and slammed former President Barack Obama, who vowed in 2012 that such actions would cross a “red line,” but later failed to enforce the promise a year later when hundreds of Syrians were killed by sarin gas. Instead, Obama brokered a multi-nation deal in which Assad pledged to remove his chemical-weapons stockpile.

Trump was to meet with his senior military leadership on Monday, the same day his new national security adviser, John Bolton, assumes his post. Bolton has previously advocated significant airstrikes against Syria.