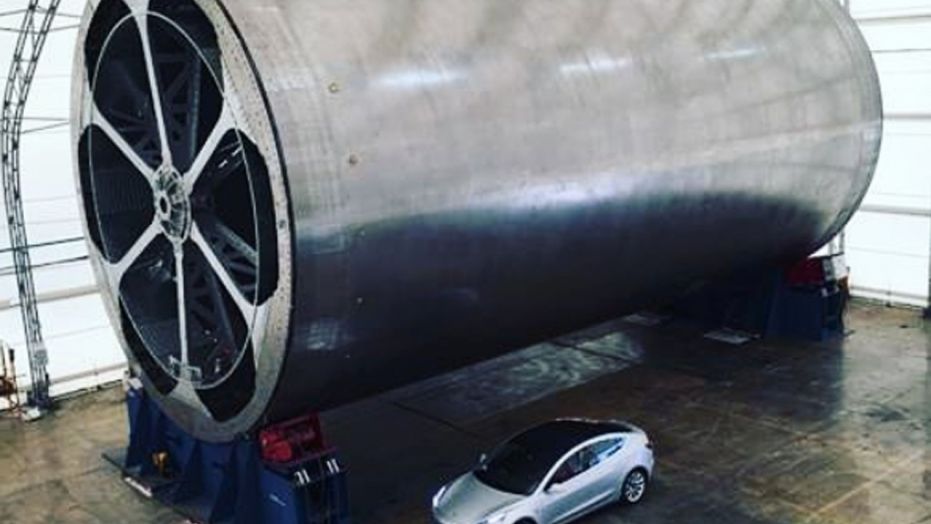 Elon Musk, the CEO of SpaceX, posted a picture Sunday of what what he described as the “main body tool” for his company’s BFR interplanetary spaceship.

Everyone who creates a course hopes to launch it – hit publish and watch the sales roll in. But the pressure to get it right and make it work can feel almost insurmoun…

“We’re actually building that ship right now,” he said in an interview last month. “I think we’ll probably be able to do short flights, short sort of up-and-down flights, probably sometime in the first half of next year.”

Shortly after his successful Falcon Heavy Launch, Musk aid that he expected a “full-scale test” of the massive rocket within the next few years.

“Most of our engineering resources will be dedicated to BFR,” he said, according to the website. “I think this will make this go quickly.”

Musk described a slightly scaled-down 348-foot-tall rocket in September and announced that the private space company aimed to launch two cargo missions to Mars in 2022. He called the goals at the time “aspirational.”

Two more cargo missions would follow in 2024 to provide more construction materials, along with two crewed flights, according to earlier reports. The window for launching to Mars occurs every two years.

For the approximately six-month, one-way trips to Mars, the SpaceX ships would have 40 cabins, ideally with two to three people per cabin for a grand total of about 100 passengers.

Musk foresees this Mars city growing, and over time “making it really a nice place to be.”

The Associated Press contributed to this report