Remains of 167 found in Mexico

By the CNN Wire Staff 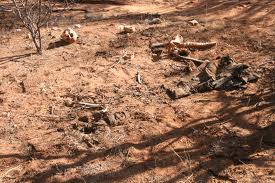 (CNN) — Authorities have found the remains of 167 people, believed to be at least 50 years old, in the southern Mexican state of Chiapas, officials said.

The remains were discovered inside a cave on the Nuevo Ojo de Agua ranch, and show no visible signs of violence, according to a statement from state prosecutors.

Studies will be done to determine the age, sex and cause of death of each person, it read. The prosecutors promised not to rule out “any line of investigation.”

Though the remains are thought to be more than half a century old, the discovery is still sure to attract attention in a country where mass graves have been unearthed in recent years.

The bodies of 72 migrants from Central and South America were discovered at a ranch in northern Mexico in August 2010. In the same area, authorities found mass graves last year, containing the remains of nearly 200 people. They began finding the graves while investigating the kidnappings of bus passengers.