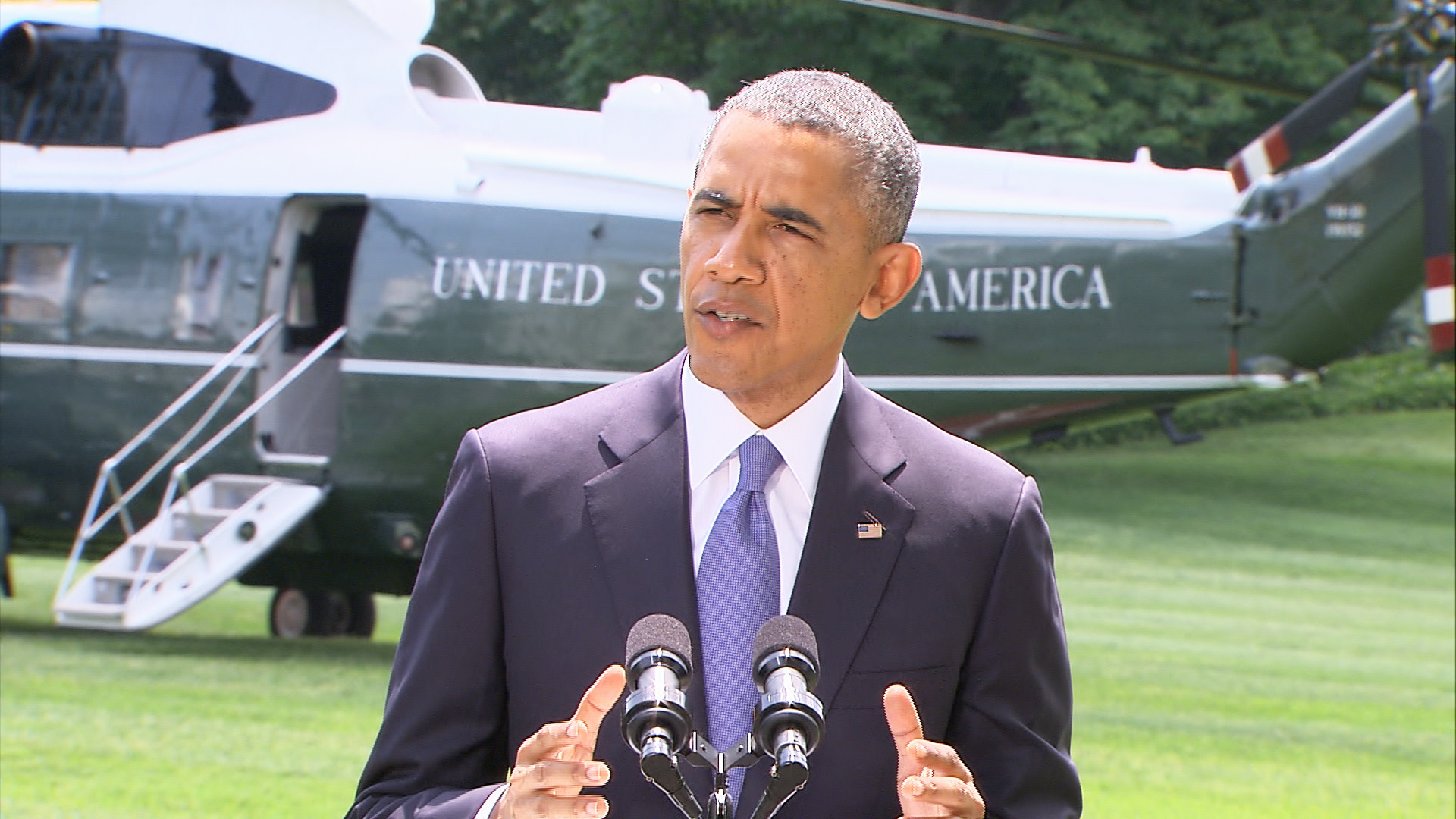 A new, grisly beheading video from ISIS includes a direct threat against President Obama and is one of at least three new warnings from the terror organization, including pledges to kill Jordanian and Japanese hostages if a hostage held by Jordan is not freed.

In a new online video discovered by the Middle East Media Research Institute (MEMRI) on Tuesday, three Islamic State fighters stand behind a kneeling Kurdish fighter as one of the extremists launches into a diatribe against the U.S. and other Western nations.

“Know, oh Obama, that will reach America,” says one of the fighters, clad in black and wearing a balaclava, in a translation from Arabic provided by MEMRI. “Know also that we will cut off your head in the White House, and transform America into a Muslim Province.”

“Know also that we will cut off your head in the White House, and transform America into a Muslim Province.”- ISIS fighter in new beheading video

“And this is my message to France and to its sister, Belgium,” he said. “We advise you that we will come to you with car bombs and explosive charges, and will cut off your heads.”

The video fades to black as one Islamic State fighter brings a knife up to the unidentified Kurdish fighter’s throat.

In a separate online message, Islamic State warned Tuesday that a Japanese hostage and Jordanian pilot the extremists are holding have less than “24 hours left to live.” They demand that Sajida al-Rishawi, a woman who has been held by Jordan for nine years after she admitted her role in deadly attacks at Amman hotels that killed at least 57 people, be freed in exchange for the men.

Al-Rishawi, who Islamic State calls a “sister of the Caliphate,” was sentenced to death in 2006. But, that same year, Jordan imposed a moratorium on the death penalty.

“Any more delays by the Jordanian government will mean [that] they are responsible for the death of their pilot, which then will be followed by mine [i.e. my death],” says a voice believed to be that of Kenji Goto Jogo, one of two Japanese hostages shown in a video released a week ago, along with a demand for $200 million from Japan. “I only have 24 hours left to live, and the pilot has even less. Please don’t leave us to die.”

Jogo is a freelance journalist who was captured in Syria late last year, after reportedly traveling there to try to help Haruna Yukawa, a private soldier who had gone earlier to fight and was captured. Yukawa is believed to have been beheaded after Japan refused to pay the ransom.

Jordanian pilot Mu’adh Safi Yusuf al-Kasasibah was captured in Syria in December and has been held by Islamic State ever since, although the audio message released Tuesday was the first tying his fate to the release of Al-Rishawi.

Jogo’s audio message, which is just under 2 minutes long, was released in a file that includes a still photo of himself holding a picture believed to be of al-Kasasibah, the captured Jordanian pilot.

“I’ve been told [by ISIS] that this is my last message,” the Japanese hostage says, adding that the only obstacle remaining for his release is the Jordanian government and that “time is now running very short!”

Yet another ISIS video was released online on Tuesday, according to MEMRI, bringing to three the total of audio and video messages from the terror group since the weekend.

The White House did not immediately respond to requests for comment about the new threats, including the one directed at President Obama. In that video, the Islamic State fighters also single out Masoud Barzani, the president of the Kurdish-controlled portion of Iraq.

“But as for you, oh Masoud, you dog, we are going to behead you and throw you into the trash bin of history,” he shouted during the video, while waving his fist in the air. “Know that we are men who fear no one. We will institute the laws of Allah, may He be exalted and praised.”

He then issued another warning, saying that for every missile launched by Kurdish forces, that they would behead one of their soldiers before slitting the throat of the Kurd fighter as people gathered to watch the incident on a public street.