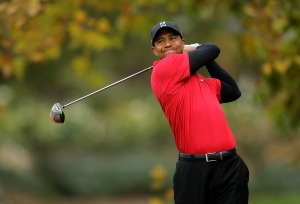 ORLANDO, Fla. — Tiger Woods is off to a good start at the Arnold Palmer Invitational, shooting a 3-under-par 69 on Thursday to put himself among the early leaders during the first round.

Woods, who has won this tournament six times, made four birdies and a bogey at the Bay Hill Club. He trailed early leader Charlie Wi by three strokes as the afternoon rounds continued.

Woods hit the ball nicely in his first official event since withdrawing from the WGC-Cadillac Championship on March 11 with an Achilles strain. But he has reported no problems since resuming practice last week, and has now played five straight days of golf.

“I’m just out there playing,” Woods said. “I’m feeling good. I’ve been getting treatment. Everything’s good. No swelling. If I can just keep it that way, everything will be great.”

Woods hit 14 of 18 greens but needed 32 putts. Still, he was tied for third after the morning wave.

Nick Watney shot a 68 to finish two strokes behind Wi, who has never won on the PGA Tour.

Ernie Els, who missed a playoff by a stroke last week when he bogey the final two holes at the Transitions Championship, played with Woods and shot 71. Phil Mickelson, playing in the group behind Woods, shot 73.

“It was a day I didn’t really do anything great,” Woods said. “I was just solid all day. I drove the ball well. Hit my irons decent and putted all right. I had two three-putts, but also made a couple bombs out there. It’s just one of those days where not a lot (was) going on.”

It will be Woods’ final tune-up before the Masters, which begins in two weeks. He visited Augusta National on Sunday and brought along caddie Joe LaCava for a practice round.

“It was typical Augusta non-championship week,” said Woods of his practice round at Augusta. “It’s a bit slower, a little bit more wet. It played really long. Come tournament time it changes from Wednesday to Thursday.”