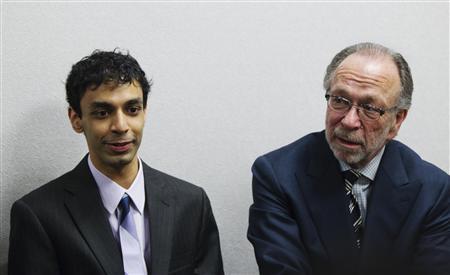 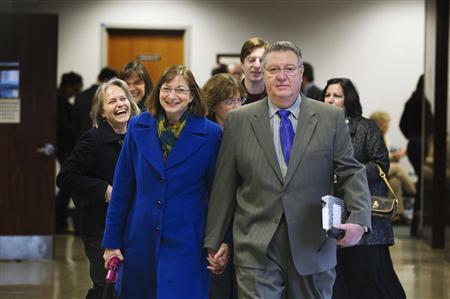 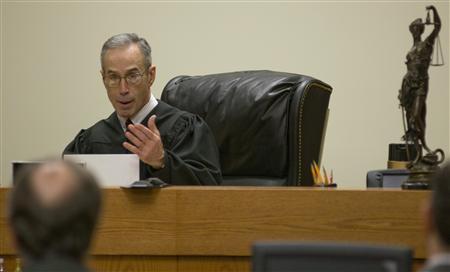 By Jonathan Allen  and Aman Ali

(Reuters) – A former Rutgers University student who used a computer webcam to spy on a sexual tryst of his roommate, who later committed suicide, was found guilty of hate crimes on Friday in a case that put a national spotlight on gay bullying.

Dharun Ravi, 20, faces 10 years in prison on the most serious charge of bias intimidation against Tyler Clementi, 18, who committed suicide by jumping off the George Washington Bridge three days after learning his gay encounter was seen by webcam.

Ravi, who invited others to watch the feed from the camera mounted on top of his computer, was not charged with causing Clementi’s death.

Ravi, an Indian citizen who has lived most of his life in the United States, will be sentenced on May 21 and remains free on $25,000 bail after surrendering his passport. He faces possible deportation.

Some legal experts said the case elevated the abuse of social media from a common prank, as Ravi’s lawyer argued, to criminal behavior.

“It’s very important that the jury returned a guilty verdict on the bias crime. It sends a message and it has a deterrent effect on what kids do. It’s really important to say, we’re not tolerating this,” said Susan Abraham, a professor at New York Law School.

Others called the verdict overreaching.

“It illustrates the dysfunction of hate crime laws that were passed with the idea that they would strike out against hate groups and neo-Nazi groups, and instead end up being used in these one-off kind of cases, where immature confused young people act in some way that evidences prejudice,” said James Jacobs, a professor at New York University School of Law. Ravi was convicted for using the webcam to watch Clementi’s dorm room encounter with a 30-year-old man, identified only as M.B., on September 19, 2010, and attempting to do the same when M.B. returned to the room on September 21, 2010, although he was thwarted when Clementi unplugged the computer.

He was found guilty of encouraging others to watch by accessing the webcam from their own computers, by talking to them in person, sending Internet instant messages and posting notes on his Twitter page including “Roommate asked for room till midnight. Went into Molly’s room and turned on my webcam. I saw him making out with a dude. Yay.”

After 12 hours of deliberations over three days, the jury convicted Ravi on all 15 counts, including two counts of bias intimidation based on sexual orientation, which is a hate crime, invasion of privacy and tampering with evidence and witnesses.

Ravi covered his mouth with his hand and his eyes widened as the verdict was read in a courtroom in Middlesex County, New Jersey.

Juror Bruno Ferreira said it was “very difficult” to reach the guilty verdicts on the hate crime counts, which were tied to Ravi’s efforts to twice use the webcam to spy on Clementi’s with M.B.

“Thinking about it not being done once, being done twice, not just on one day,” was what convinced the seven-woman, five-man panel, Ferreira said.

Prosecutor Julia McClure said she will consult the Clementi family and M.B. to determine what sentence she will ask Judge Glenn Berman to impose.

Victim statements are among the most important factors the judge will consider, legal experts say. “I wouldn’t be surprised if the judge gave him a sentence of a year in jail, or six months or something like that. Now the symbolic point is made,” Jacobs said.

Clementi’s family in March 2011, before a grand jury indictment elevated the incident to a hate crime, released a statement saying Ravi should not receive “harsh punishment.”

After the verdict, Tyler’s father Joe Clementi, at a news conference with his wife and son James, who is gay, said, “The trial was painful for us, as it would be for any parent who must sit through and listen to people talk about bad things that were done to their child.”

Going to trial was a gamble for Ravi, who turned down the prosecutor’s offer of a plea deal recommending probation, community service and the promise to help him avoid deportation.

A deportation decision will be made by a U.S. immigration judge after Ravi completes his criminal sentence.