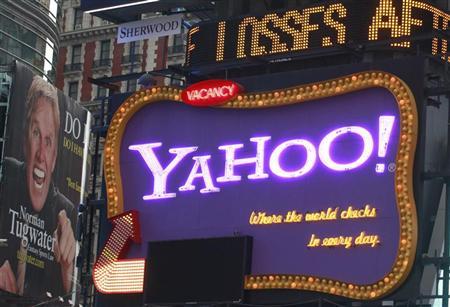 By Dan Levine and Alexei Oreskovic

(Reuters) – Yahoo Inc sued Facebook Inc on Monday over 10 patents that include methods and systems for advertising on the Web, the first major legal battle among big technology companies in social media.

The lawsuit, filed in a San Jose, California federal court, marks a major escalation of patent litigation that has already swept up the smartphone and tablet sectors and high-tech stalwarts such as Apple Inc, Microsoft Corp and Motorola Mobility Holdings Inc.

Yahoo’s patent lawsuit follows Facebook’s announcement of plans for an initial public offering that could value the company at about $100 billion.

“We’re disappointed that Yahoo, a longtime business partner of Facebook and a company that has substantially benefited from its association with Facebook, has decided to resort to litigation,” he said.

In an emailed statement, Yahoo said it is confident it will prevail.

“Unfortunately, the matter with Facebook remains unresolved and we are compelled to seek redress in federal court,” the company said in a statement.

Yahoo said late last month it was seeking licensing fees from Facebook over its patents and that other companies have already agreed to such licensing deals.

In deciding to sue Facebook, Yahoo has retained the same law firm, Quinn Emanuel Urquhart & Sullivan, used by Google and other manufacturers in many android-related smartphone patent cases. Google is also a player in social media with its Google+ service.

Quinn Emanuel also counts social gaming service Zynga Inc as a client, according to its website.

In the lawsuit, Yahoo says Facebook was considered “one of the worst performing sites for advertising” prior to adapting Yahoo’s ideas.

“Mr. Mark Zuckerberg, Facebook’s founder and CEO, has conceded that the design of Facebook is not novel and is based on the ideas of others,” the lawsuit said.

Several social networking companies, including Facebook, have seen an uptick in patent claims asserted against them as they move through the IPO process.

However, most of those lawsuits have been filed by patent aggregators that buy up intellectual property to squeeze value from it via licensing deals and none by a large tech company such as Yahoo.