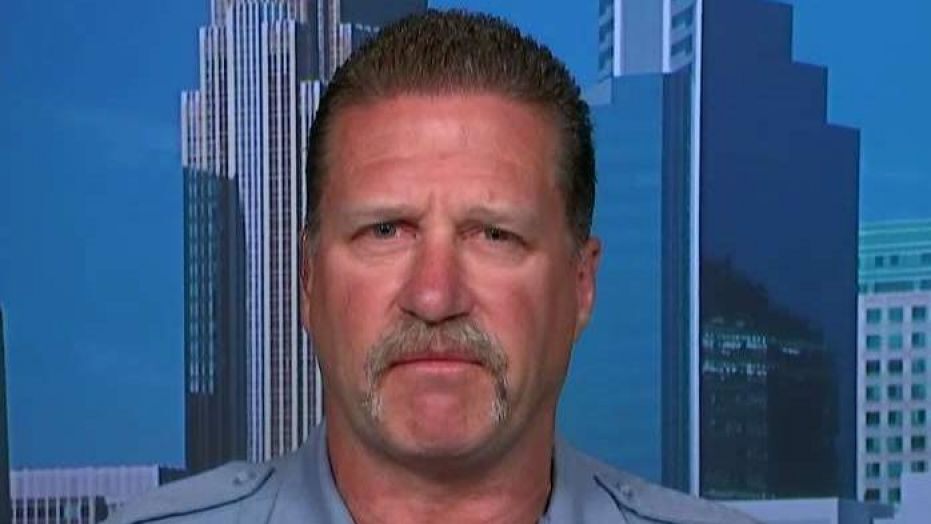 Police officers say they’ve got your back — but amid another dangerous year for cops nationwide, law enforcement advocates tell Fox News it’s time for politicians and community leaders to stop berating the badge and, instead, stand with those in blue.

Nearly four months are left in 2019, and yet dozens of brave men and women have already been killed in the line of duty this year. Of those, 30 officers’ deaths have been homicides. Officials say many of those killings involved domestic violence suspects who turned their wrath on whichever police officer came to the door first.

Some of those who died had just started their careers. Davis, Calif. Police Officer Natalie Corona had dreamed of following in her dad’s footsteps as a cop. At 22 years old she was already known for being a conscientious and empathetic cop. In January, she arrived at the scene of a car accident and was ambushed by an ex-convict who immediately opened fire. Corona fell after the first shot, but the assailant reportedly kept firing, emptying his magazine.

Then he reloaded and started shooting again.

Other officers were veterans, like North County Police Cooperative Officer Michael Langsdorf, who’d somehow maintained his enthusiasm for the job despite nearly two decades in law enforcement. One day, Langsdorf got into a struggle with a man suspected of trying to cash a bad check in Missouri. As they tussled, the man grabbed a gun and struck Langsdorf in the head. As the 40-year-old lay on the ground, his assailant stood over him and shot him in the back of the head.

The 30 officers killed in the line of duty in 2019 span different age groups. They have different ethnicities. They came from areas all over the country. Some always knew they wanted to be a cop. Others didn’t figure out their calling until later in life.

The one thing in common: they all wore blue.

And even when officers are simply walking the beat, unpredictable threats abound: recent viral videos have captured brazen youths dousing New York City cops with water and other liquids in broad daylight. And the ever-growing hazards of the job don’t even take into account the troubles affecting some officers when they get home, with the current rate at which cops are committing suicide described by one advocate as reaching “epidemic proportions in America.”

The challenges police officers are facing are widespread. But law enforcement advocates say the growing atmosphere of suspicion and distrust among certain political, racial and economic groups is being stoked in part by prosecutors and politicians — including several 2020 Democratic presidential candidates who’ve been highly critical of police when discussing criminal justice reform and controversial use of force incidents.

“Before you verbally attack or chastise a police officer, look at the number of contacts police officers have in the country every day,” Jim Pasco, the executive director of the National Fraternal Order of Police, told Fox News. “The number of times an incident goes poorly and there is room to question an officer’s judgment, you will find that it’s infinitesimally small.”

Pasco implored those in leadership positions to “keep things in that perspective and you’ll see that you cannot [criticize] an entire profession nationwide because one person makes a mistake in one place.”