A 19-year-old Mississippi man was charged with capital murder Tuesday in the death of an African-American man who died after allegedly being beaten by a group of white teens and run over by a truck, authorities said. 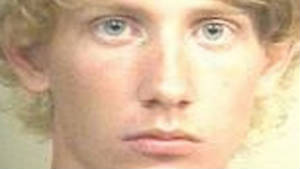 The indictment alleges that Dedmon killed Anderson while in the commission of committing felony robbery, Smith said in a statement.

Anderson’s family, however, is asking state and federal officials not to seek the death penalty in the case.

Relatives of Anderson, who died shortly after receiving his injuries on June 26, sent a letter with their request to Smith, saying the family is opposed to the death penalty partly for religious reasons.

The indictment against Dedmon alleged Anderson was targeted because of his race.

Dedmon’s arraignment has yet to be scheduled, Smith said.

Federal authorities have joined the local investigation, and both authorities are determining “the appropriate venue for the prosecution of any remaining suspects,” Smith’s statement said.

“All options are being considered and with each passing day, more evidence is being gathered,” Smith said.

The death of Anderson, 48, occurred early June 26 in Jackson, allegedly at the hands of white teens who, after a night of partying and drinking, decided to go looking for black people to assault, law enforcement officials have said, quoting one of the suspects in the case.

Anderson’s death drew national attention after CNN first reported it and aired exclusive surveillance video of the killing, captured by a parking lot security camera in a Jackson suburb.

Smith, the district attorney, has called it “vicious” and a “premeditated hate crime.”

The U.S. Department of Justice is investigating the death as a possible federal hate crime and assisting local prosecutors. The killing has also prompted several large marches and prayer vigils in Jackson, a city of about 175,000 people.

A second teen, John Aaron Rice, 18, was initially charged with murder, but a judge reduced the charge to simple assault because Rice was not believed to be driving the vehicle used to kill Anderson.