New York City police officers were seen clashing with demonstrators in another night of mass gatherings Thursday as a citywide curfew took effect, with law enforcement out in force in an attempt to keep the peace and prevent violence that has marred otherwise peaceful demonstrations over the death of George Floyd.

Large gatherings began throughout the day around the country around the same time hundreds of mourners packed an emotional memorial service in Minneapolis to honor Floyd, whose death while in police custody last month has ignited a firestorm of criticism of law enforcement agencies over police brutality.

New York has seen some of the worst violence since protests began more than a week ago. On Wednesday, an officer was stabbed in the neck and two others were shot.

Thousands remained in the streets after the city’s 8 p.m. curfew took effect Thursday, as well as large numbers of police officers. In the Bronx, officers were seen clashing and aggressively charging toward demonstrators in an apparent attempt to keep crowd control. Other videos appeared to show the NYPD arresting curfew violators en masse, threatening protesters with jail and wielding batons at them.

Many demonstrators have accused the department of aggressively enforcing the city’s curfew and engaging in the same militaristic behavior they are protesting against.

NYPD cops are making violent arrests & beating people with batons at the march in the Bronx. I just got hit with a baton & pusher by cops. 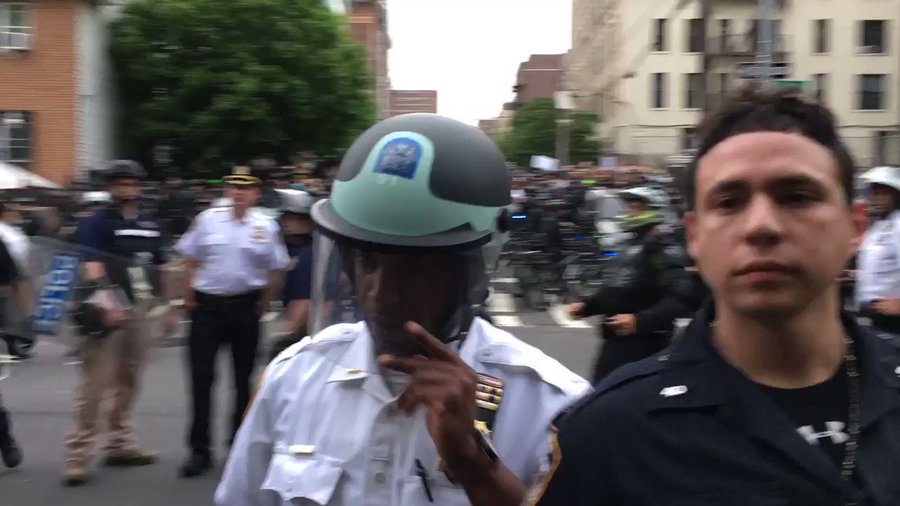 Hours earlier, a massive crowd packed the Brooklyn Bridge, prompting officials to shut down traffic into Manhattan temporarily. A gathering near Gracie Mansion, the residence of Mayor Bill de Blasio, cleared out just before the curfew began. One group headed south from the area clashed with police on the Upper East Side and arrests were made.

In Buffalo, N.Y., a 75-year-old man was injured when police in tactical gear came to clear out demonstrators in Niagara Square and appeared to be pushed to the ground by officers. He fell backward and started bleeding immediately while in a motionless state. 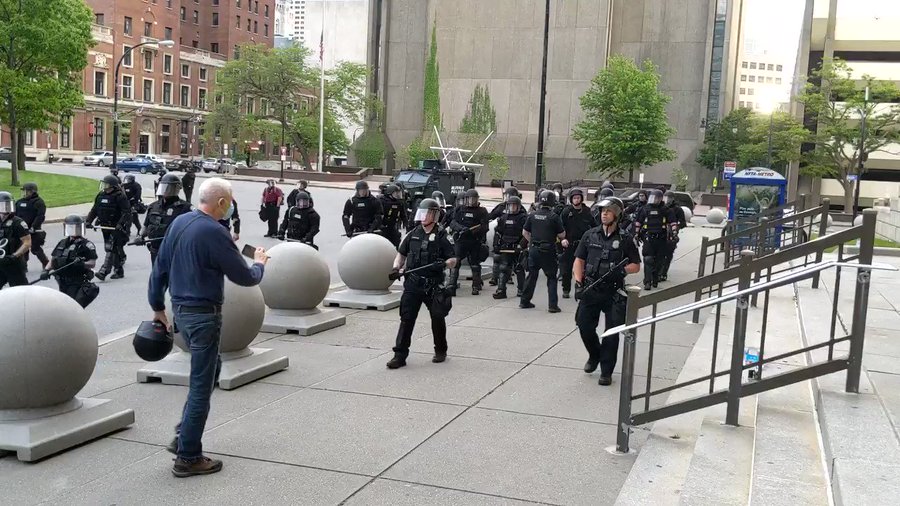 He was taken to a hospital and was listed in serious but stable condition, Mayor Byron Brown said in a statement.

“I was deeply disturbed by the video, as was Buffalo Police Commissioner Byron Lockwood,” Brown said. “He directed an immediate investigation into the matter, and the two officers have been suspended without pay.”

Hundreds gathered in the St. Louis region to call for criminal justice reforms. The city has a fair share of violence in recent days, as four police officers have been shot and a retired police captain killed while trying to protect a pawn shop from looters.

Multiple cities across the country have imposed curfews in an attempt to prevent widespread rioting and looting that has mostly occurred after dark. Wednesday night saw a break in the chaos as most gatherings remained peaceful.

On Thursday, thousands in Southern California and Washington, D.C., held vigils in honor of Floyd, similar to events in other parts of the country. 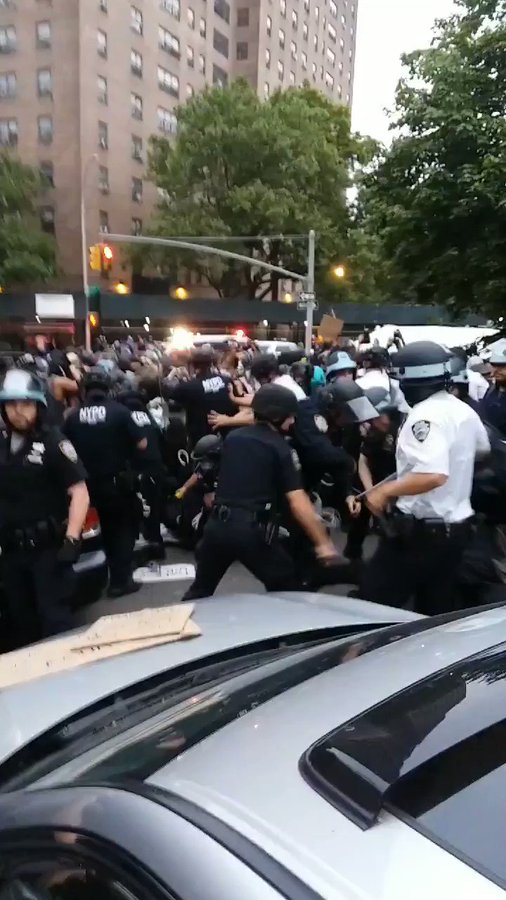 In Los Angeles County, officials lifted a county-wide curfew order Thursday, though some cities have chosen to keep their orders in place out of precaution. Los Angeles Mayor Eric Garcetti announced he also lifted his curfew order.

Curfews have become a sticking point between protesters and authorities. The American Civil Liberties Union and Black Lives Matter L.A.filed a lawsuit against local officials and law enforcement leaders in Southern California this week over the “draconian curfews.”

Monday marked a week since Floyd, a 46-year-old black man, died while in the custody of Minneapolis police officers. A video of a white officer pinning his knee on Floyd’s neck for nearly nine minutes went viral and prompted outrage.

GET THE FOX NEWS APP

The officers involved have since been fired and criminally charged.