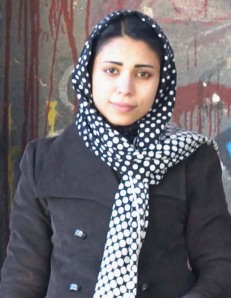 Inspiration can manifest itself in any form. Sometimes, it might seem too bizarre to relate to whereas at other times it might appear to be quite discernible that people would be just falling in love with it altogether. The other important aspect of this is that it’s not time-bound at all. One can say that it’s always a spontaneous reaction inside a human brain which is considered very opportune.

Nowhere is this more apparent than in war-torn places of the world where people struggling do have the guts to let their lives be an example of some great achievements. They want to make sure that deep beneath the constant shelling and bombing there is at least an element of eternal peace and harmony which can create a harmonious environment. One such volatile region is Afghanistan, still mired into sectarian violence and bedlam but at the same time trying hard to pick up the pieces after what has been a devastating experience almost on all fronts. More often than not, it’s mostly women who dream of getting rid of the inhumanely beleaguered past to start a new life.

Leading the motivating crusade to change the status of the country through her art works is Shamsia Hassani, 24. She teaches sculpture at Kabul University as an associate professor and she loves her profession a lot. Besides, she also heads a modern-day art group ROSDH as its founding member. In the entire country, she is the only female graffiti artist supported by a male graffiti artist Qasem Foushanji who too works on issues that people have to grapple with on a daily basis. He is also one of the members of her association ROSDH. “We are the two trying to shine light on the state of affairs our country is ducked in, “said she.

The capital which used to be a prime target of numerous bomb attacks and assassinations has now emerged as the popular hotspot for showcasing one’s artistic acumen like hers. Amidst the ruins of Kabul’s cultural heritage, she has displayed her own specialty in graffiti by drawing a spray-art work of a female hiding her face behind a sky-blue veil. Likewise, all other spray-paintings of women have been done to convey different messages to society which is still embroiled into mischief of the past. “The images reflect the impenetrable dimensions of women’s survival in Afghanistan. They are anguished about their way of life as it stands. I planned all this secretly at the destroyed Russian Culture Center here in Kabul because it was a safe place to do so, “said she.

Making sure that its message is decoded well by people while they see it, she has buffed it up with a beautiful verse. “If a river lies in a dried state, it could get filled with water any time but once the creatures living inside it are dead because of this, they can never come back ever again” is her translated version of the poem already embedded into cavernous holes which were created inside the walls due to heavy shelling.  In reply to this anguish bursting through her illuminating face, she said, “The moment I realized what it was about, I could only think of it reflecting the lows and highs of Afghans. More importantly, those who lost their lives can no longer be with us”.

So what led her to tap into this medium to demonstrate the aspect of ‘Yes, we can’ against the odds? Was it her fondness for graffiti because of its direct connection to people’s consciousness? Her interest in graffiti arose thanks to an artist from Britain named Chu who had visited the country way back in 2010 for the purpose of rendering the know-how of street art to the budding artists here. And that’s how she became a pupil of his training and got a chance to know about this people’s friendly medium at first-hand. Initially, she used to sketch her works and paint them in oil which she still does as part of her teaching at Kabul University.

Since her training session with Chu in the field of graffiti, she had become a well-versed at this in every way, letting the sore feelings or emotions flow on the surface. “It’s easy to persuade a big crowd to come peer at your graffiti-the street magic of art which an exhibition cannot do. Therefore, I prefer to use spray cans and stencils than otherwise to glorify my work as more society-centered in the context of its larger aims.

“Art like this is more accessible to people from all walks of life including those who aren’t well-read in society. More or less, each Afghan will be aware of what art is if graffiti is ubiquitously splashed on the walls and fences.” Every second is important for her and she finishes her graffiti accordingly. “Usually I am very fast when it comes to doing graffiti because I may not be so lucky next time to find some other opportunity to continue my work. Therefore, the value of time in my case is quite significant, “said she.

With a sad note, the excitement just gets overshadowed by the conservative elements that are still rampant across the country and barging with their dictatorial agendas which try to suppress the voice of women. “There is always the possibility of women being harangued unnecessarily in our intolerant society, making it difficult for them to step outside their homes, “said she.

When one’s determination is too strong to evaporate, there is no chance that obstacles will stand in the way to create unnecessary incongruity. “What one could refer to as unusable stuff could also be utilized if one’s frame of mind is in a positive tenor. I am displaying my works in buildings which have been left bare open as a result of infighting going on but they seem to be a perfect corner where people could relate to what they are going through, “said Shamsia.

As prejudices of all sorts continue against women, she favors virtual graffiti which gives her a lot of scope to send the clear message without being bogged down by hateful comments from men in the street. This is what she does. She captures the shots of places liked by her and then tries to work upon them using latest tools like Photoshop where she makes the entire thing digitally attractive. Sometimes, she publishes an image of the street on which to insert graffiti dimensions with the help of a paintbrush. When she is done with all this, she puts the painted images in a scanner to get their print outs looking quite authentic. But they are not. Every now and then, after printing the pictures she does graffiti with brush, oil and acrylic color on the picture walls. What else could she do in such fragile circumstances?

Whatever graffiti works she has been able to do so far, most of them have shown women wearing burqas. Nonetheless, she has given a modern touch to them by bringing in new contemporary silhouettes with sexy hips and shoulders. In some of her works, there are fishes mired in an immovable state inside their soggy territory.

“The truth is that sometimes politicking is not the right way to resolve matters relating to people’s interests. Rather, they could be addressed amicably by different means which teaches no divide at all. And the prowess of art is a genuine method to bringing an end to conflicts, “said she.

Her family’s roots are etched in Kandahar (Taliban’s safe haven) where she comes from. Strangely, her birth took place in Iran. Her parents had fled to this country as a result of continuing violence where they lived like refugees.

“I chose art just as everybody did during my childhood. The road wasn’t that easy. A lot of them simply gave in and went to do something else. Though there were no art teachers to guide me, I was determined to go on and spruce up my knowledge about art as a whole.”

While living in Iran there was another hurdle waiting to striker her. As she got promoted into ninth grade (the appropriate time for learning art lessons in the country), her face became pale after hearing that such lessons were forbidden for Afghans, forcing her to opt for accountancy.

However, Shamsia and her parents decided to come back to their own native land. Soon afterwards, she enrolled at the University art department in Kabul to make up for what she had missed. Though there were conventional barriers here and there, she kept her spirits high and moved on with doing research on contemporary art. Since she is a professor at the University, she wishes to launch a graffiti course in her bid to make as many Afghans familiar with art as possible. “I have inkling that my city can be a backyard of stirring graffiti adorning every wall if this course comes into being, “said she.

That’s why graffiti is the most sought-after phenomenon among youths fighting for their rights worldwide. And certainly Shamsia Hassani is no exception but someone to be really admired for her forward-looking essence in a region where nothing is predictable.